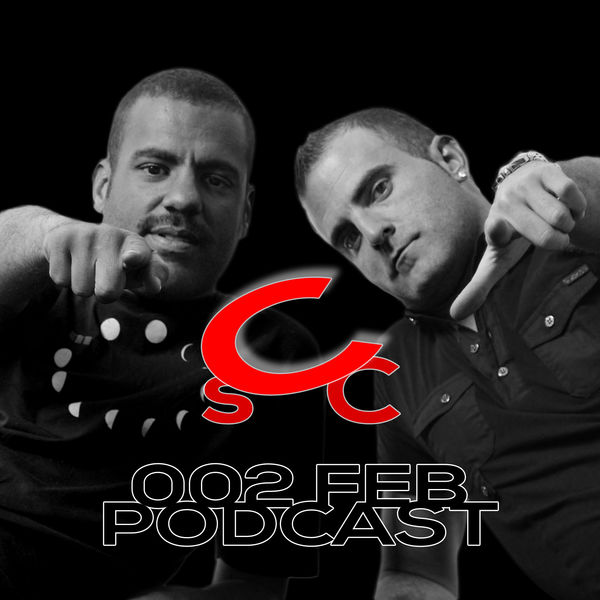 CookieSpookyCrew is known to lots of people all across Europe, they are quickly gaining recognition as one of biggest Portuguese duo to have emerged from within the electronic music community in a long time. The CookieSpookyCrew have been described by many who have witnessed their unique style and presentation as being explosive, provocative and dynamic and very close to their public during their shows. With their precision mixing abilities, their own productions, remixes, unique track selection, and good vibes, these two Dj´s/Producers are here to make you discover a new interactive way between music and audio performance.
With the birth of their very own label, "+ Graves" the CookieSpookyCrew have given a voice to their own creativity and a platform in which to bring forth other talented and deserving producers/remixers.
They hit remix of the song “Is Dare” from Gorillaz won in 2006 the Nova Era Remix Contest one of the most popular radios on Portugal. Their follow up EP would be a released in the June 2007 with their own production work. By this time, the CookieSpookyCrew had proven, to not only themselves, but to the Portuguese Dance scene that they have something to contribute and that they are here to stay.
During such their performance, they had the opportunity to play with some of the most sounding names in DJing internationally and nationally, as Kobbe, Martin Accorsi, the Lex Funk, Tom Stephan, Nicolas Duvoisin, Ramon Tapia, Ellen Alien, Chris Liebing, Miss Sheila, Nuno Clam, Serginho, Hi Fidel Cartel-and-Dig, among others.
In March 2008 the Cookiespookycrew attended the Winter Music Conference in Miami to participate in some events and disseminate their future projects.
In Summer 2010, they received a flattered invitation to act at the first electronic music conference in Portugal, Mid Summer Music Conference, which guested renowned international and national artists such as: Sharam, Michel Cleis, Wally Lopez, Shlomi Aber, Derrick May, Felix da Housecat, among others.
Since then, they have invested their time in the production of musical themes after they have acquired knowledge at the highest level of production attending specialized music institutions, such as DigiPro Porto and Porto Danceplanet, and graduate courses in “STAGE 101” and “Apple LOGIC PRO”.
The CookieSpookyCrew continue to pursue their education, working hard towards their golds without compromising their music. With a burning bright future ahead, the CookieSpookyCrew will continue to spread their good vibes, energetic sets and their passion for quality music, conquering cities and crowds all over the world, one dance floor at a time

Our new EP "Packed Club" for Koolkatz Recordings. We hope you like it as we enjoy to make it !! Written, produced and mixed by Mr Louis B and Mike Xu.… Go to Episode

Our new EP "Packed Club" for Koolkatz Recordings. We hope you like it as we enjoy to make it !! Written, produced and mixed by Mr Louis B and Mike Xu.… Go to Episode

Our new remix of Alexander Braun - Don't Stop for Baikonur Recordings. We hope you like it as we enjoy to make it !! FREE DOWNLOAD Click on (Buy) https://soundcloud.com/cookiespookycrew… Go to Episode

Our Deep Chill remix with the collaboration of Tommy Guitar for Harlow Harvey. CsC Download for free on The Artist Union Go to Episode