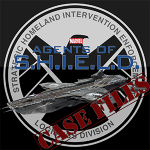 navigateleft Back to All Episodes
In 2008 "The Incredible Hulk" began the interpretation of our current version of Bruce Banner. Edward Norton portrayed the cursed scientist as he lived his life on the run from General Ross and SHIELD. But as Ross finally corners Banner, he is forced to return to his love, Betty Ross. She helps him make contact with Mr. Blue in hopes that an antidote can be found to rid him of the Hulk forever. Trusting people can be hard when you're trying not to turn into a giant rage monster. And when Major Blonsky wants a little taste of the Hulk's strength, he turns himself into an abomination and creates a really big problem. Jay and Josh try to control their anger on their first hiatus special of Agents of S.H.I.E.L.D.: Case Files.