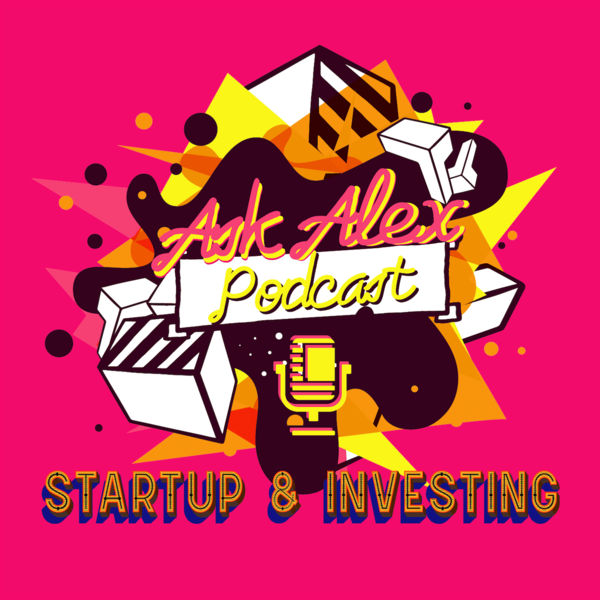 Hey guys! I’m Alexander Jarvis, a nomad, startup founder, sometime VC and recovered M&A banker. In this series we’re going to answer a question real founders and investors are struggling with every day. They won’t be generic topics, they’ll be tricky things you need to know, from how to fix your business model, specific aspects of growth marketing, fundraising and pitching investors, to how you track your metrics (that VCs want to know!). I’ve been blogging for a few years at AlexanderJarvis.com building epic founder tools and delving into complicated topics no one writes about. I love helping founders and podcasting is a fab new channel to share the one on mentoring I provide. #askalex

navigateleft Back to All Episodes
Welcome to the 28th podcast of the Ask Alex show! Today the question is "Importance of founder confidence when pitching." In this podcast, we deal with the fact that how you say things can be more important than just what you say. Shownotes Fundraising deal questions: What venture capital startup interview questions will be asked Fundraising exit strategy questions: What venture capital startup interview questions will be asked Fundraising financial questions: What venture capital startup interview questions will be asked Fundraising sales questions: What venture capital startup interview questions will be asked Thanks for Listening! To share your thoughts: Leave a note in the comment section below. Ask a question over on Ask Alex. Share this show on Twitter, Facebook, or Pinterest. To help out the show: Leave an honest review on iTunes. Your ratings and reviews really help and I read each one. Subscribe on iTunes. Transcript I’ve written a hundred thousand words or so on questions and answers that venture capital investors will ask when you are pitching during the fundraising process. I think that’s pretty useful. But that’s only part of the equation to a successful raise. There’s something missing here. Knowing the answers is not enough. How you say things matter In 1971, Albert Mehrabian published a book ‘Silent Messages’ based on researching sales people. In it, he discussed his research on non-verbal communication. He concluded that prospects based their assessments of credibility on factors other than the words the salesperson spoke—the prospects studied assigned 55 percent of their weight to the speaker’s body language and another 38 percent to the tone and music of their voice. They assigned only 7 percent of their credibility assessment to the salesperson’s actual words (7% rule). In a second study, subjects were asked to listen to nine recorded words, three meant to convey liking (honey, dear, thanks), three to convey neutrality (maybe, really, oh), and three to convey disliking (don’t, brute, terrible). Each word was pronounced three different ways. When asked to guess the emotions being conveyed, it turned out that the subjects were more influenced by the tone of voice than by the words themselves. Now, you might argue that the “7 percent rule” is a pernicious myth, that what you say is considerably less important than how you say it. You may assert the myth arises from a gross misinterpretation of a scientific experiment and it needs to be put to rest both for the benefit of scientific integrity. But, regardless, it’s hard to argue that a really confident founder is more likely to get funded than a meek founder that really doesn’t believe what he’s saying. But why is founder confidence important? Investors know a lot less than they like to appear. Sure they may have been an operator before, they may research markets and talk to a lot of founders, but they don’t actually do anymore. You the founder are always going to be the industry expert, you’re going to execute the startup and what you know and what you do is what they are betting on. Only they don’t trust you. Yet. I love that movie Hitch with Will Smith. Whatever, I’m a softy. There’s a quote I like which I’m going to reword for you: Basic principles: no investor wakes up saying, “God, I hope I don’t find the fund maker today!” Now, the investor might say, “This is a really bad time for me as I have to focus on my portfolio companies,” or something like, “I just need a bigger market size,” or my personal favorite, “Come back when you have more traction.” You believe that? Neither does she. You know why? Because she’s lying to you, that’s why. You understand me? Lying! It’s not a bad time for her. She doesn’t believe your market size analysis. And she may question your traction, but what she’s really saying is, “Uh, get away from me now,” or possibly, “Try harder, stupid.