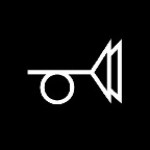 Produced by Jason Fulford with Dexter Sinister for the 2008 Whitney Biennial, this parallel audio guide may be downloaded and played to accompany a visit to the exhibition. Additional audio guide tracks will be released over the run of the show. Released as part of True Mirror, Dexter Sinister's project for the Biennial.