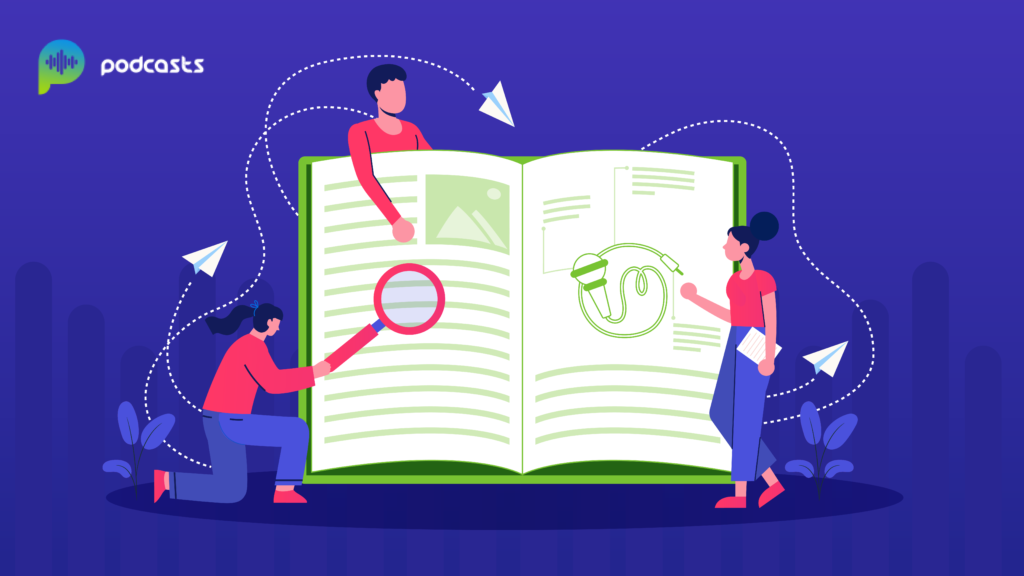 The Complete History of Podcasting 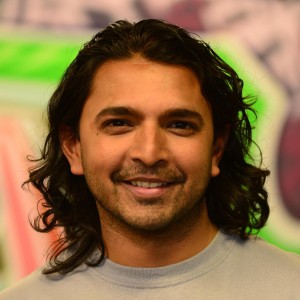 Ever wonder where the name “podcast” comes from? Let’s look at the history of podcasting.

It’s a combination of the words “iPod” + “broadcast”, and it goes back to the days before handheld devices like the iPod had an internet connection.

Back then, if someone wanted to listen to audio on their handheld device they had to download it to their computer first, and then transfer it over via USB.

This went on for a while until some people started asking questions about a new possibility: What if we could subscribe to a service, get automatic updates, and then have the content delivered to our devices?

These questions unfolded into a series of disjointed inventions and innovations until the day two tech entrepreneurs got together and had an idea for creating a script that would sync a feed with a device.

That script turned into an application that then became one of the biggest distribution methods of audio content on the internet, and from there the name “podcast” was born.

The names of those two tech entrepreneurs are Adam Curry and Dave Winer, infamously referred to as “The Godfathers of Podcasting”, or “The Podfathers”.

This article is going to document the contributions of The Podfathers, in addition to many of the other key people involved in the creation of this revolutionary medium.

We are going to take you from the early days of communicating between computer experts to the present day where hundreds of millions of people use this technology all over the world.

The story starts in the 1980s, when companies like RCS (Radio Computing Services), Mbone and the Multicast Network started distributing audio and video to educational and research institutions.

Along with the educational material, there were also talk-programs. Various websites offering services emerged in the ’90s, along with jukebox programs using different digital formats.

The pivotal moment came in 1993 when Carl Malamud (a technologist and author) started what is considered to be the first talk show on the internet.

Called Internet Talk Radio, it was a weekly show that featured interviews with computer experts. The episodes were distributed as audio files that had to be downloaded individually.

Development continued throughout the ’90s and more shows, services, and players were developed, including the first players by Compaq, the first recorders by Replay AV and the first sharing service by Napster.

The Birth of Automatic Downloads

By the end of the 1990s, the roots of internet broadcasting were set but some elements were missing, like the automatic updates and the episode downloads.

That problem was solved by September 2000, when the first system that enabled the selection, automatic downloading and storage of episodic audio content was created by i2Go, a manufacturer of mp3 players.

The service, available on desktops and handheld devices, was moderately successful and lasted a year. The company eventually had to fold in the wake of the dotcom crash due to a lack of capital and investment in the company.

Not all was lost, however, because at the same time something was developing that would address the feed issue, in another place and for another purpose.

Feed Me: RSS and the Tech Roots of Podcasting

So far in the story, we have seen the development of players, audio formats and subscription services. What was still missing in the equation, however, was the mechanism for distributing the content.

That’s where RSS comes in, and this is where Dave Winer appears in the story.

RSS stands for Really Simple Syndication. It is a web feed application that was initially created by Winer in 1997 that allowed users and other applications to obtain updates from a website in a computer-readable format called XML.

These feeds kept track of changes on websites by checking for new content. They would then pass on, or syndicate the content, into a feed passed on to the user.

RSS had the capability to keep track of not only one, but many websites at once, checking them all periodically and creating a single aggregated feed.

A Great Idea is Born

By the early 2000’s we had the players, the feed service and a lot of content being created on the internet.

The connection that tied it all together is how Adam Curry enters the equation.

Some people might remember him as an MTV VJ of the show “Headbangers Ball” in the 1980s. After that was over he went on to work as a tech entrepreneur until his path eventually crossed with Dave Winer’s sometime in the ’90s.

At that time he was more interested in figuring out a way to automate the distribution of video. Winer originally opposed this idea because broadband internet connectivity at that time was limited.

To put things into context, most people around the world at this time were still on dial-up. Even the fastest speeds found in more technologically advanced places dragged at today’s standards and were very expensive.

These factors made video distribution time-consuming and costly. For these reasons, the idea seemed unrealistic to Winer because the user would be waiting to download the content for more time than the actual length of the content itself.

Curry thought differently. He believed the solution to the problem would be to have the content download automatically whether the user was using the connection or not.

Using Winer’s RSS technology, Curry began development on an application using Apple scripts that would read the RSS and download the audio.

It worked by reading through all the files on the RSS feed and look for “enclosures”, an idea proposed by Tristan Louis in 2000, that allowed users to embed files like audio in a feed that could be read by RSS.

The application would then grab the audio within the enclosures and download them in the playlist form using the iTunes API, which would then sync the content to the iPod.

Called iPodder, Curry presented it at the BloggerCon conference in October 2003. From that point forward many developers starting building on this idea for other operating systems and platforms, and the name “podcast” still remains despite hundreds of devices using the technology today.

The Birth of an Industry

The use of podcasting started growing rapidly from 2004 forward as the industry expanded to meet the demand of internet broadcasters. Up until that point, broadcasting on the internet required some technical knowledge to record, upload and add episodes to an RSS feed.

As a result of this increased consumer demand, many companies emerged offering storage, bandwidth, and tools enabling broadcasters to start their own podcasts. The first company to start such as a service was Liberated Syndication (Libsyn) in 2004, followed by Podtrac, a marketing company offering tracking and survey services.

Yahoo then entered the market in 2005 through the creation of Yahoo! Podcasts – a directory that allowed users to stream, download, subscribe to, and review podcasts. They did not last long as a result of a new entry in 2005. This new player, mentioned in the next section, changed the entire landscape of the industry and that was the point where the medium truly went mainstream.

With the addition of podcasting to the iTunes application and the creation of a directory in the iTunes Music Store, podcasting began its exponential rise in 2005.

This new service enabled users to subscribe to, download, organize and rate podcasts. The directory launched with 3,000 entries and grew to a reported one million podcast subscriptions within two days following its release.

The creation of podcasts for broadcasters became easier at the same time as Apple’s promotion of it’s GarageBand and Quicktime Pro software. These two developments synergistically created an effect that not only made podcast distribution easy but also made the production of content for non-technical people accessible. The net result was a huge expansion in the industry, and the entry of the word “podcast” in Wikipedia for the first time in 2005.

Podcasting has since grown to be a worldwide phenomenon with widespread adoption by news agencies, governments & celebrities.

Some notable events include:

Corporations then followed suit with companies like Microsoft, General Electric and Facebook listing on the platform, among many others.

Performing a search on your favorite podcasting application will lead to many results, and many are no longer limited to audio format.

The widespread use of podcasting has expanded to include different types of multimedia content that includes:

Also known as a “vodcast”s, video podcasts have grown with the proliferation of high-speed internet. They include popular services like Amazon Video, Hulu, and Netflix.

Other types of video podcasts include video blogs, amateur filming, journalism, and advertising for sales and marketing.

This type of podcast is comprised of a series of episodes making up an entire audiobook. It can be fiction or nonfiction, and the episodes often correspond to the chapters or sections of the book.

An enhanced podcast is a presentation that uses images, hyperlinks and chapter markers that is synchronized to the audio. Often used by businesses and educational institutions, enhanced podcasts are often used as learning materials.

Once started as a way for tech people to share information, digital broadcasting over the internet – or podcasting – has grown as a platform used by celebrities, major news outlets, and governments with hundreds of millions of subscribers.

But with hundreds of thousands of podcasts in existence today, one cannot help but notice through a simple search that the real foundation of this industry has come to be formed by regular people.

There are podcasts out there on literally every topic, from news reports by large organizations to the person next door recording episodes about his or her philosophical ideas.

The true nature of this information revolution is credited to the ease of recording episodes and the simplicity of distributing them.

Once upon a time, there were a handful of news networks telling people what to believe about the world. Today, anyone and everyone can make their voice heard and promote their ideas to a potential audience of billions.

The sheer distribution and sharing of content is absolutely phenomenal because people can listen to podcasts from their pocket-sized devices anywhere.

That includes the guy on the treadmill in the gym at 5 a.m., the truck driver en route across the country, and the doctor on her break during the night shift.

People aren’t just listening to major media outlets – for the most part, they are listening to each other, and this transformational shift in communication has had profound effects on the landscape of society in making it truly global.

At the same time, it also brings neighbors and communities together by giving them a way to stay in contact and be informed about what goes on locally.

Whether its news, talk-radio or music, podcasting is now a mainstay of entertainment and communications. With the push of the download button, this technology has transformed the way we obtain, use and share information in a way that has changed the way humans communicate forever. 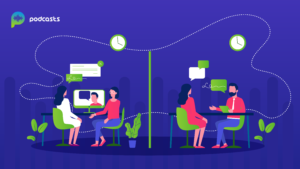 How To Book and Schedule Podcast Guests 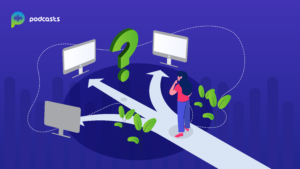 How to Choose the Best Podcast Hosting Service 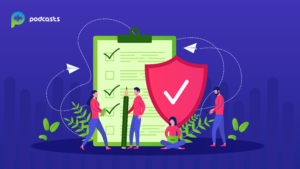 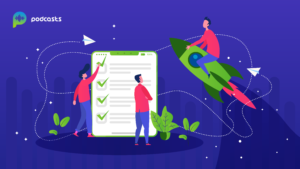 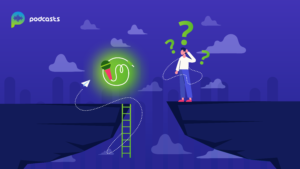 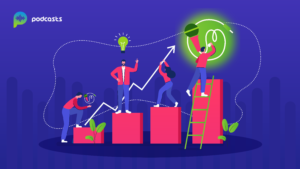 The Rise of Podcasting 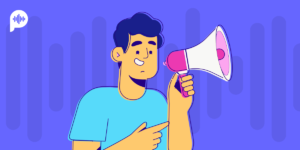 How to Get Booked on Podcasts 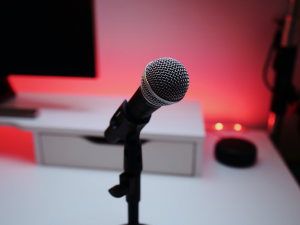 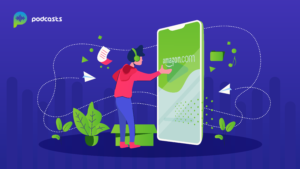 How to Listen to Podcasts on Kindle or Kindle Fire 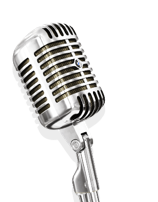 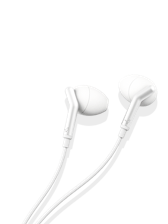