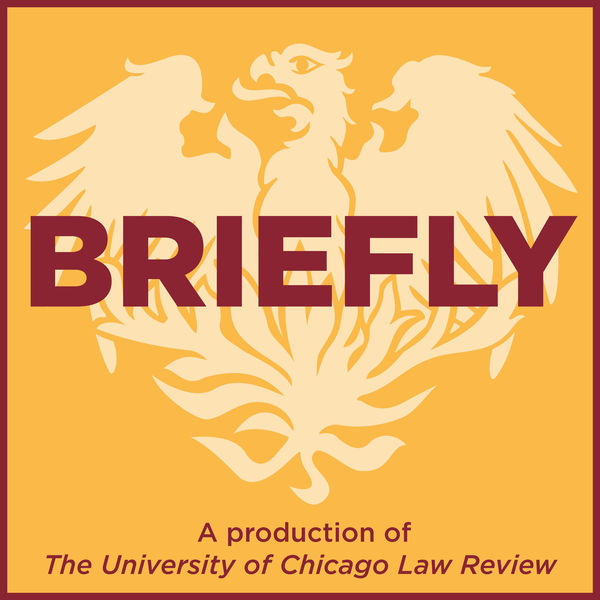 "Briefly" by The University of Chicago Law Review

This is "Briefly," a podcast produced by The University of Chicago Law Review. Join us as we discuss current cases, contemporary controversies, and the forefront of legal scholarship.

"Briefly" by The University of Chicago Law Review navigateright Episode

navigateleft Back to All Episodes
Masterpiece Cakeshop v Colorado Civil Rights Commission is one of the most high-profile cases before the Supreme Court this term. We interviewed Colorado Solicitor General Fred Yarger, who represented Colorado during oral argument.

The first part of the interview focuses on Masterpiece itself. In 2012, a gay couple asked a Colorado baker named Jack Phillips to make them a customized wedding cake. Phillips refused on the grounds that baking the cake would violate his religious objections to gay marriage, and the couple filed a complaint with the Colorado Civil Rights Commission. The Commission determined that Phillips had violated a provision of the Colorado Anti-Discrimination Act, which prohibits places of public accommodation from discriminating on the basis of sexual orientation. The main question presented in Masterpiece is whether compelling Phillips to bake a cake under Colorado’s Anti-Discrimination Act violates the Free Speech or Free Exercise Clauses of the First Amendment. Oral arguments were held before the Supreme Court on December 5, 2017 and Court observers expect a decision in June.

The second part of the interview focuses on Mr. Yarger’s work in the Solicitor General’s office and his career after law school.

This episode of Briefly, a production of the University of Chicago Law Review, was produced by Kathryn Running, Eric Petry, Tom Molloy and John Tienken. Music from www.bensound.com. Special thanks to the entire online team, including Grace Bridwell, Tom Garvey, and Noel Ottman, and our Editor in Chief Pat Ward and Executive Editor Kyle Jorstad. Thanks for listening!