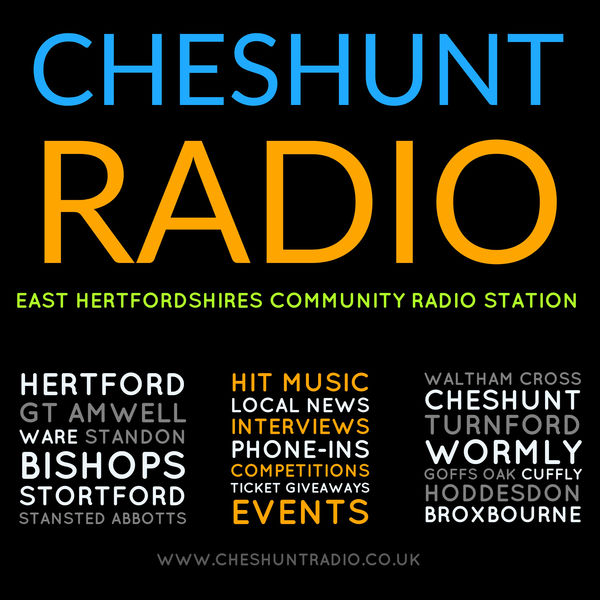 CHESHUNT RADIO is a Community Based Radio Station covering East Hertfordshire, Essex and North London. We broadcast a variety of music as well as LOCAL news and events.

navigateleft Back to All Episodes
A few weeks ago, I went along to the first ever Herts Literary Festival, at the Hertford Club. It was a fantastic event, full of fascinating speakers from the worlds of literature, film-making, theatre, poetry and more. This episode of the Hertford Arts Show features: Film-maker Howard Goldstein, Kate Miller from Pins and Feathers Productions and poet Daren Peary, as well as Henry Robinson, from the Hertford Club.