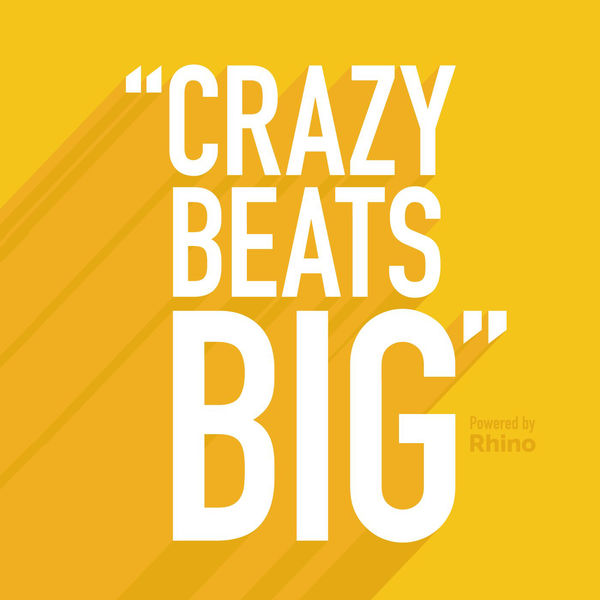 "Crazy Beats Big" is a series of conversations hosted by Kevin Romeo, Founder and Filmmaker with Rhino in Kalamazoo. The show features conversations with entrepreneurs who have embraced the ethos of the underdog. Crazy Beats Big is a celebration of overcoming adversity to accomplish something great. Sometimes you have to get crazy to beat the giant.

Episode 6: When a Rhino Meets a Gorilla

navigateleft Back to All Episodes
On this episode of "Crazy Beats Big", we put a Rhino and a Gorilla in the same room to see what happens! Kevin from Rhino dives into the world of media production with Eric Scott Johnson, Co-Owner and Creative Director of Gorilla Media Productions, with offices in both Grand Rapids, MI and Los Angeles, CA. Eric unpacks all of the workings of a film that Gorilla just produced titled, "Camp Manna", and the true heart that lies within it. Additionally, Eric talks through how they've established success when they feel like they have a glass ceiling above their heads, and what they do to position themselves to always remain teachable and able to learn from others.