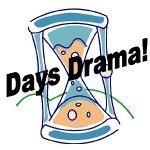 Days Drama: The Days of Our Lives Podcast

Days Drama: The Days of Our Lives Podcast navigateright Episode

navigateleft Back to All Episodes
Days Drama: The Days of our Lives Soap Opera Podcast 437
Remember to  rate us on iTunes please!

OMG Dopey!!!!!!!!!!!! I love you dude! Wouldn’t it be funny if Rory was already a narc and he is going to be training JJ lol
Ok why is Hope updating Victor and Brady on Xander? Shouldn’t she be updating Nicole and Eric?
Ok did Nicole leave the door open? Shut up Eric take a big ole seat. I can’t stand you.
Haha Silvertop. Anne is so funny.
So, who else thinks that Paige is beginning to play Jen now? Oh this is burning Eve up. I wonder if Paige knew Eve was watching just like she knew JJ was the other day.
Boy that baby can cry cant he
JJ is so dumb. He wants to try and do this himself. Ugh
Teresa will either hire a Mrs. Doubtfire or someone she knows.
Hope is just finding every secret out lately isn’t she. Guess she is a detective….when it comes to non-police issues.
Great of course Serena would be the one to overhear Nicole and Eric.
Show should get better now that Jennifer is going to be drugged up. Hope it will be fun fun. J