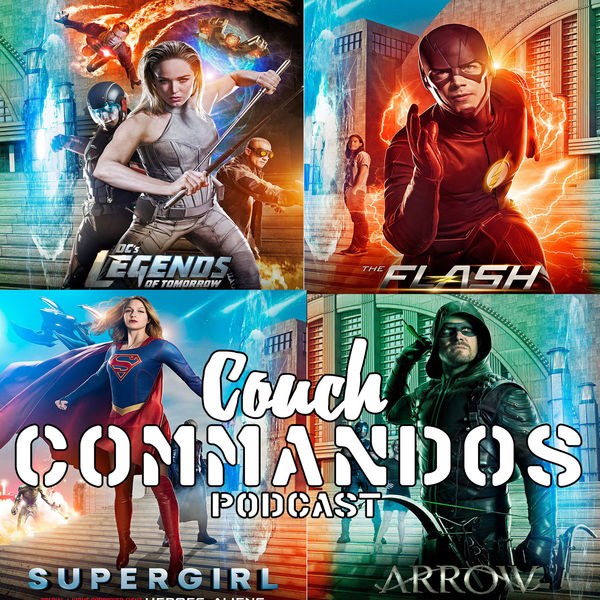 Now aware of Rachel's power, Dick and Kory unite to find her. Escaped from the convent that sought to imprison her, Rachel puts her trust in Gar who reveals his own transformative powers. Seeking refuge, Gar brings Rachel home to his "family" – a group of misfit medical experiments we will come to know as The Doom Patrol (including Cliff Steele aka Robotman, Larry Trainor aka Negative Man and Rita Farr aka Elastiwoman) – in hopes of helping the girl. But what starts as a place of comfort for Rachel, soon turns dark under the scientific curiosity of The Doom Patrol's leader Dr. Niles Caulder, whose experiment into Rachel's powers threatens to set free a darkness, and reveal a new level of evil waiting to escape.

J'ONN MEETS MANCHESTER BLACK - When Supergirl (Melissa Benoist) needs help, Alex (Chyler Leigh) asks Lena (Katie McGrath) and Brainiac (Jesse Rath) to team up. Meanwhile, J'onn (David Haredwood) questions his decision to quit the DEO. However, after running into Manchester Black (guest star David Ajala), he realizes there are a lot of ways to help his fellow aliens during this tumultuous time.

The Inner Circle prepares for a secret ambush, but Polaris is reluctant to join and Reeva tasks Esme with getting Polaris on board. Esme confides in Polaris, revealing her and her sisters' troublesome past. Meanwhile, Thunderbird trains Reed on controlling his powers and The Purifiers attack The Mutant Underground as they attempt to rescue a group of homeless mutants

RULES ARE MADE TO BE BROKEN - Oliver (Stephen Amell) makes a drastic move in his quest to find Diaz (Kirk Acevedo). Like her husband, Felicity (Emily Bett Rickards) pulls out all the stops to get to Diaz. Meanwhile, when arsonists target Rene's (Rick Gonzalez) community center, injuring Zoe (guest star Eliza Faria) in the process, the mysterious new Green Arrow swoops in to help save the day. Faced with pressure from the mayor to capture the vigilante, Dinah (Juliana Harkavy) must decide if following the rules at all costs is the best plan to keep the city safe.

LONG LIVE THE CORGI - When the Legends discover a fugitive is hiding in 1970's London, they realize he is part of a gang that is targeting the British Monarchy. Trying to stop the gang, they realize someone from the Legends must infiltrate them. Surprising everyone, Ray (Brandon Routh) is the one to gain their trust after he is put through a series of tests with help from Sara (Caity Lotz) and Rory (Dominic Purcell). Meanwhile, Gary (guest star Adam Tsekhman) shows Nate (Nick Zano) the ropes at the Time Bureau, but it turns out to be anything other than an ordinary day at the office.