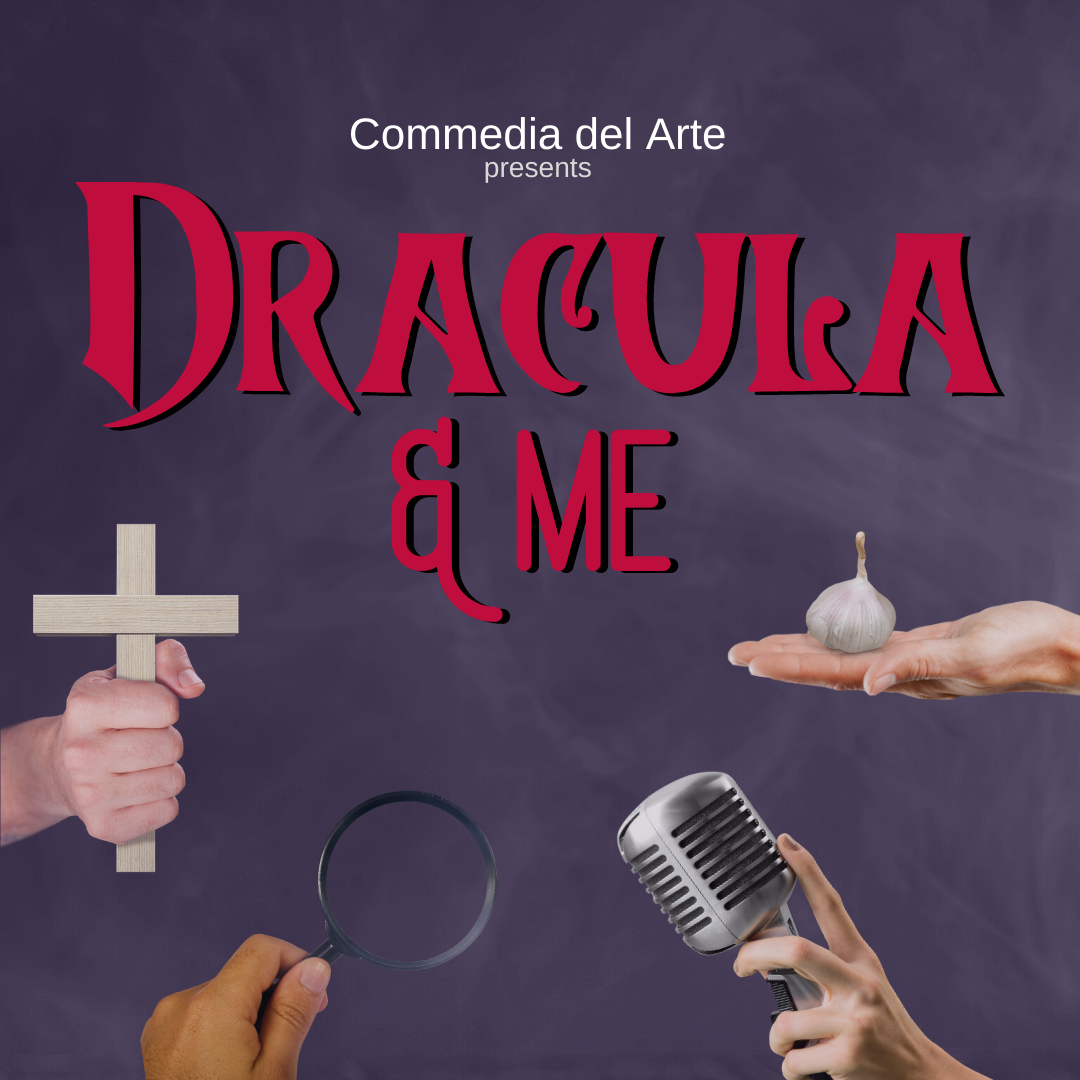 Join us for an original comedy, set in a 1930s radio station with a cast of actors that's sure to have the audience rolling the aisles. Like all our shows, Dracula & Me is family friendly.

A struggling radio station attempts to present the new play Dracula for its listeners, but unbeknownst to the actors a real vampire is on the loose! Can they save the performance without losing their lives?

But the cast of WSUX sure finds itself in some hilarious situations, and Dracula & Me is no except. In Part I, the actors discover a real vampire is among them. Can they solve the mystery--and finish their show--without losing their lives?