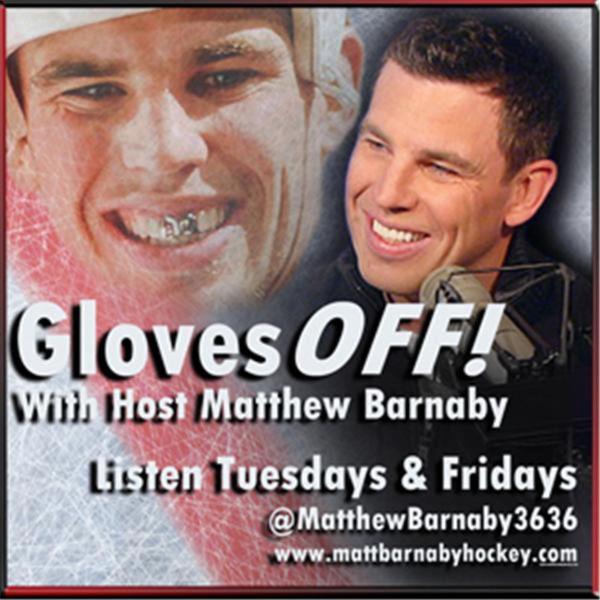 Gloves OFF! with Matthew Barnaby

14 year NHL Veteran Matthew Barnaby, known for his pugilistic style on ice, takes you around the NHL each week with no-holds-barred interviews & analysis.

It's Tuesday!  Time for Gloves OFF! with your Host Matthew Barnaby!
Matthew is dedicating this show to the people of Boston and everyone affected by yesterday's tragic attack at the Boston Marathon.  Sending strength, support and love to ALL!   On Today's Show…   Steve Tambellini… FIRED as GM of the Edmonton Oilers. With youth on the ice, is the Good Old Boys Network still pulling the strings up top?  Find out!   Game ON! … to say the least!  Many key match ups have Playoff implications with less than two weeks left in the Regular Season.  Matthew will preview several.   The Toronto Maple Leafs…. The New York Islanders… Playoff bound?  One team is all but certain, they other needs a strong finish and maybe a little luck from the Hockey Gods!  Either way, both teams are in the conversation… something that hasn't happened in years!   Your Twitter questions are answered!  @MattBarnaby3636     #AskMatt     #GlovesOFF   This one's for Boston!  Gloves OFF!