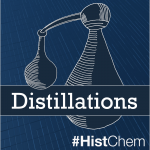 Treating America’s Opioid Addiction Part 1: The Narcotic Farm and the Promise of Salvation

Part 1 focuses on a government-run prison-hospital, the Narcotic Farm, just for people addicted to opioids. When it opened in 1935, it promised to find a cure for drug addiction.

Our theme music was composed by Zach Young.
Additional music courtesy of the Audio Network.

Claire Clark, author of The Recovery Revolution: The Battle Over Addiction Treatment in the United States.

Nancy Campbell, historian and the head of Science and Technology Studies at Rensselaer Polytechnic Institute.

Claire Clark, The Recovery Revolution: The Battle Over Addiction Treatment in the United States.

Inside the Story of America’s 19th-Century Opiate Addiction, Smithsonian Magazine.