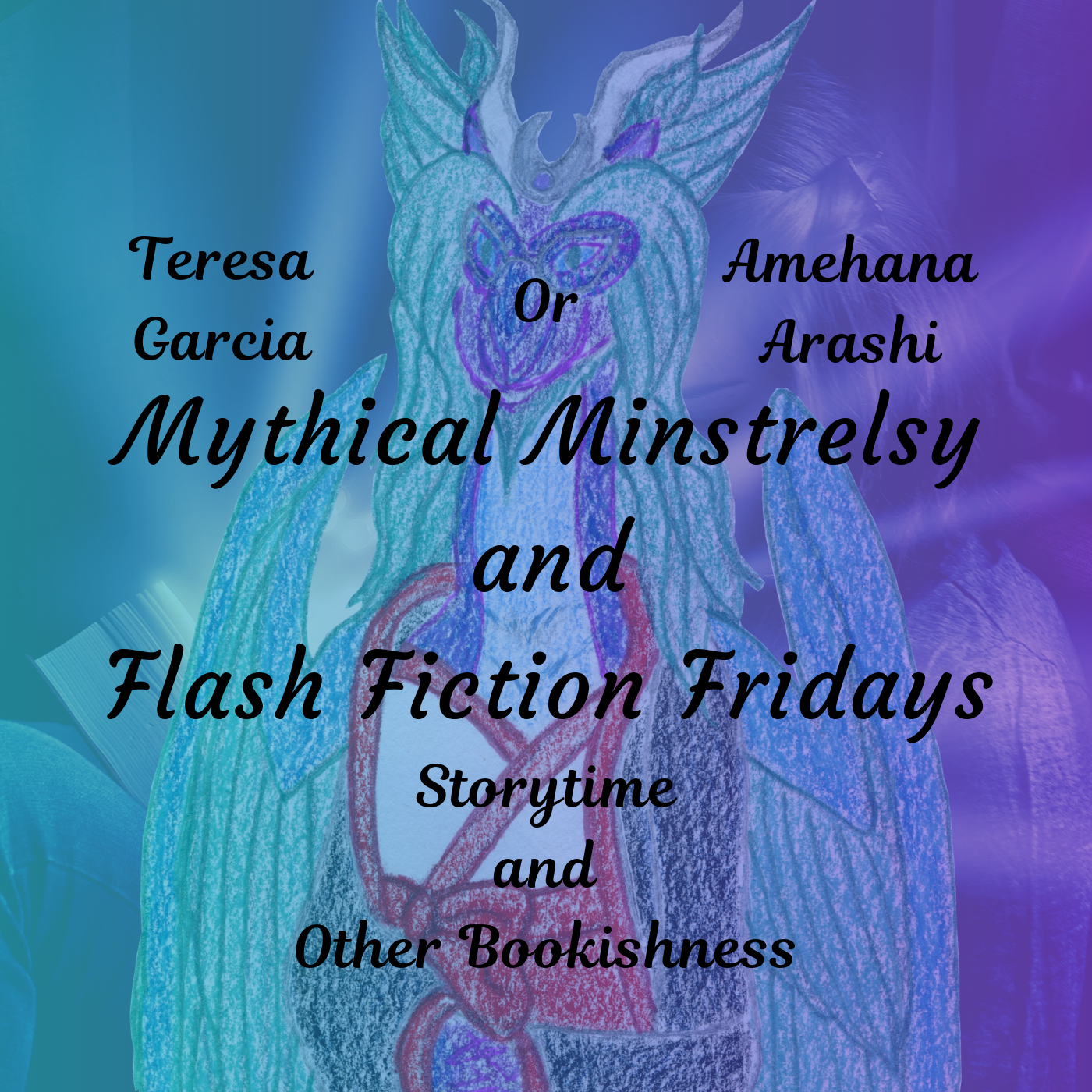 Mythical Minstrelsy and Flash Fiction Fridays will focus on flash fictions centering around folklore, myth, fantasy, and magic that I have written or have been sent to me for publication. Book reviews will also be published. Author, editor, illustrator, publisher, poet, and rpg site owner interviews are planned for in the future. The episodes are intentionally short due to the nature of flash fiction. Reviews tend to go up on Wednesdays, Flashfictions on Fridays, Interviews Sundays.

If you wish YOUR poetry, short fiction, or flash fictions to be included on the podcast, or to be interviewed, please see https://www.thgstardragonpublishingblog.com/p/mythical-minstrelsy-flash-fiction.html for details. Featured work is paid, interviews are not.

I am the author of the "Selkies' Skins" and "Dragon Shaman" series. I also write poetry, illustrate, and do some narration. I also run a small publishing company, THG StarDragon Publishing.

You can find me on my Patreon where I post content first, as it is my central location for sharing all of my projects. Check out the links below for other places to find me and how you can help. Select tracks of "Flash Fiction Fridays" will be on Soundcloud, but that will eventually fill up, thus this will be where all podcast shows can be found. When it it time I will find a place to put back issues.

The fire guard kept watch, but mortal eyes saw none of the minor kami gathered in the room with their soldiers, nor the influence of the major kami, butsu, and bosatsu the forces regularly prayed to. The incense kept time with a steady creep and rising wisp.

She watched him sleep, just as every other sword in the room watched his or her own master sleep. The males as usual outnumbered the women. It did not matter though. Swords were not normally capable of reproducing on their own, nor at all. The humans truly did not reproduce on their own either, just as they did help was required although of a different type.

He was childless and wifeless, unlike most of those sleeping men sprawled orderly around them. Breaths and heartbeats were for the lord of the clan and for their families. His beat only for his master, half hollow instead of the full ones of the others. The murmurs had already started several years ago, after she had been awarded him, as to if there would be anyone to inherit her. More bothersome though was how colder and more distant he became with each passing year. Soon he would not be the young man she had known with such promise.

She sat straighter where she knelt in seiza beside the head of her warrior and her physical body. Her job was to protect him. Thinking of what he could become made her heart hurt. They had faced too many of those together. He could not become one of the hollow ones who only fought for rice and who tasted so bitter on her sharp tongue. Kagayaku steeled herself, her lips pressing together. The other sword spirits of the room turned their eyes to her, sensing the change in the flow of ki.

“After this coming battle I have work that must be done. Who may I ask to instruct me in what men seek of their women?” Her own eyes turned determinedly toward several belonging to those most known to visit the geisha of the floating world, locking with them. Among there kind none bowed to the others, save to he that dwelled in the shrine of the Sun’s Child and still sang of the taste of Orochi’s blood and the vanquishing thereof.

“Why, Kagayaku? Do you intend to bear him a son to in turn carry you for our lord yourself? That may be easier than hunting him a wife. Do you not know the sort that he himself looks toward?” Jari, sword of the youngest out of the targeted quintet chuckled.

“He looks to none so, I have indeed watched. He does not even look to other men so. If I can find him one, so be it. If I must show myself to him, so be it.” Kagayaku smoothed imaginary wrinkles in her lap, her displeasure giving a cold ring to her song.

“I do not think you can be demure enough, younger sister.” At length Mashite, he that was quickest to smooth words sighed. “The women my master sees all act subservient and haughty at once. And far more flirtatious. It would be a shame to model yourself after such peacock, or to find him such. No, he needs someone that will tend him as loyally as you do, that will not flinch to treat him should his armor fail.”

His armor’s spirit scowled and made a rude gesture beneath where crossed arms hid his fingers. “I only move as swift as he, no swifter.” His eyes slid over Kagayaku and he scowled more.

“She must be willing to put up with long nights of loneliness, and drunkenness.” Other swords began voicing their opinions and advice, not all of it delicate and often far coarser.

A few hours before dawn all had decided to try to find someone and to let the others know, then to somehow arrange introductions. They quieted as the ningen began to stir and go about their preparations. Today there would be either death, or life, for each of them. Perhaps some of their own also would be sent to the shadow lands to walk the wind scoured and mist shrouded beaches, or to the lands over which Lady Izanami now ruled, unable to send the dead back home since her once-husband’s betrayal of her modesty and mysteries.

Her ningen’s fingers caressed her hilt, and she drew a deep breath. Kagayaku’s bearer would not be one of the fallen, if she had her way. Beneath his touch she sang.

Bosatsu = Bodhisattva, a buddha who waits for all to Awaken before leaving The Wheel

Butsu = A buddha that has gone on but turns to give deliverance and guidance to show the Way.

Mashite = not to mention, let alone

This was intended to be a short story, but may unfurl into a novella through later flashes to the characters. It is born out of a long ago talk that planted the seed for a samurai that unknowing and reluctantly falls in love with his sword. It also somewhat draws on the reluctant king story seed although the ningen will never rise to king nor emperor.

Other places and
ways to support

Want to visit me,
see some of my other works, or support me? Find me at:

Storenvy:
http://thgstardragon.storenvy.com/
Check now and then for new things, some I can't list just yet.