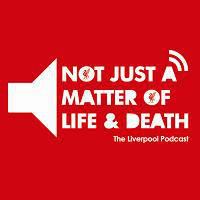 navigateleft Back to All Episodes
Rob is back after a mid season break and is joined by die hard Liverpool fans casting director Tom Adam and commercial director Martin Swift. With many games discuss, the surprise appointment of Benitez to Chelsea, the end of the 'Being Liverpool' documentary and much more. It's going to be and actioned packed pod!