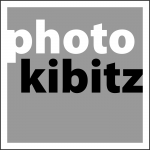 Photo Kibitz | Chatting about Photography, Photographers and their Images

Learning the technical side of photography is very important, but learning what to photograph is just as important. Photo Kibitz is about understanding photography by chatting with photographers and people that have an interest in photography. We’ll get to know them, their work and the work of others. It’s an opportunity for us to learn about the people behind the camera, their ideas, their inspirations, the people they admire and what happens after the shutter is pressed.

Ari Tapiero is a self taught photographer who was fortunate enough to have two great mentors guide him early on. They showed him that hard work and perseverance were key to a successful career in this business.

We chatted about how he evolved from an education in religion and political science to shooting portraits in Paris of Hollywood stars like Sylvester Stallone, Glenn Close, Ryan Gosling, and yes, Kevin Bacon.

Through out his career, Ari has constantly learned lessons and evolved to become his own voice and work on his own projects.

Since Ari and I recorded this interview his involvement in photography has evolved again. He has added product distribution to his bag of tricks and is now the Canadian distributor of FLM, a German tripod and ball head manufacturer.