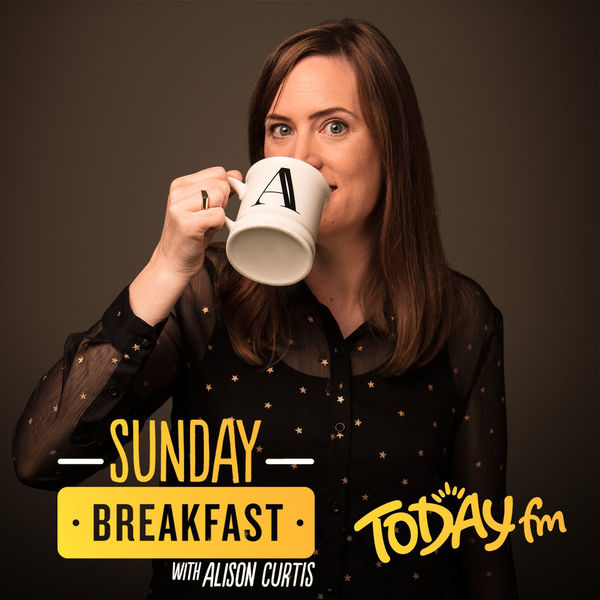 Weekends have mornings too, you know, and they’re brought to you by Alison Curtis.

Cool Science Experiments You Can Do At Home

navigateleft Back to All Episodes
As the weeks go by, it might be getting harder to keep the kids entertained so Mark The Science Guy joined Alison on Weekend Breakfast with a whole host of easy DIY home science experiments that also help children learn! Listen back to their chat by pressing the play button at the top of the screen and here are all the experiments! The Superpowers of Soap great to share some fun home science @RTEToday ? lots more great experiments on #LetsFindOut @RTEjr @RTEplayer https://t.co/0MSgDdx8aS — Mark Langtry (@MarkLangtry) March 28, 2020 Milk Colour Explosion We all know how important it is to wash your hands with soap. Soap is an excellent cleaner, and we’re about to discover the scientific secrets of soap! What you need: Milk (full fat milk works great) Plate Cotton bud or cocktail stick (even the end of a spoon will work) Washing up liquid Liquid Food Colouring What to do: Pour some milk onto the plate. Add one drop of each food colouring into the centre of the plate of milk. I like to use different colours to make the effect look even nicer! Place a drop of washing up liquid onto one end of a cotton swab. Touch the tip of the cotton bud to the centre of the milk, just the tip. It’s important not to dip it fully in or mix it. Hold it there for 10-15 seconds and watch the burst of colour!!! It's like a milk rainbow explosion! Experiment placing the bud at different places in the milk and see what happens. What’s going on? On the surface of liquids, like water, the molecules like to stick together. They line up in a way that gives the top of the water surface tension. That’s why sometimes you can see leaves floating on top of puddles. Milk is made mostly of water, but it also has some fat in it. Soap molecules loves to attach to fat molecules. When you place the soap into the milk, it changes the surface tension, and starts joining up with all the fat molecules, pushing all the food colouring out of the way in your unique milk masterpiece.   The Blob Monster – Oobleck What do you get if you mix water and cornflour?.....THE BLOB MONSTER! …and a blob monster that doesn’t act like all the other blob monsters! What you need: Cornflour Warm water Mixing Bowl Food Colouring (if you want to colour your monster) Gloves if you wish What to do: Put the cornflour into the bowl Pour in the water (about 2 parts cornflour to 1 part water) Add some food colouring Use your hands to mix it all together When its all mixed, now it’s time to play! Run your hand through it slowly, it acts like a runny liquid, correct? But now, try hitting it as if you wanted to splash it everywhere, it acts like a solid! You can even try rolling a ball of it in your hand, when you stop rolling, it turns back into a liquid! What’s going on? What is going on indeed with our Blob Monster!?! This gloopy mixture is not like the usual liquids you see every day. It’s a non-Newtonian fluid, called Oobleck. Most things around us are either a solid, liquid or a gas, but Oobleck can change from a liquid to a solid by applying a little bit of pressure to it. When you hit it, the cornflour bits clump together to make it feel like a solid. VERY IMPORTANT TO PUT THE OOBLECK INTO THE BIN WHEN YOU ARE FINISHED WITH IT. NOT DOWN THE SINK, AS YOU’LL HAVE A PLUMBER CALLING! Its okay to wash the bowl clean in the sink after getting rid of most of the Oobleck!   Spotting the International Space Station (ISS) With everybody at home, we have an excellent chance to look upwards, learn about the night sky and gain some perspective on the great cosmic symphony. Try and spot the International Space station, the biggest object ever flown in space, travelling across the sky, as a bright white dot. All you need is a clear sky, the right timetable, and the best optical instrument – the human eye About the ISS: It is the biggest object ever flown in space and is over 100m long. It travels around Earth at almost 28,000 km/hr It orbits the Earth 16 times a day It passes over Earth every 90 mins, but is only visible in the hours after sunset/before sunrise Its height is about 400km above Earth. The Moon is more than 900 times further than the height of the ISS. The ISS flies across the sky in about 4 minutes and you won’t need a telescope. The ISS usually rises in the WEST or South West - but it may be well above the horizon when you spot it. Have fun competing to see who is FIRST to see it Timetable: Click HERE to access timetable for Dublin You can also google ‘spot the station’ and enter your county. Weekend Breakfast with Alison Curtis, Saturdays and Sundays from 8am!