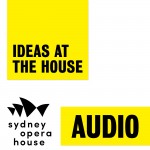 "Dehumanisation is the essential program of the radical right."

David Neiwert believes that the so-called “alt-right” of right-wing populists in America has been born of a toxic mix of factors: mainstream conservatives unifying with the racist far-right; a young, media-savvy generation of online white supremacists, and forces in the right-wing media feeding hostility. Throw in the historical strains of xenophobia, racism, misogyny and resentment, and you've got yourself a cultural phenomenon.

David Neiwert, author of Alt-America: the Rise of the Radical Right in the Age of Trump, examines the growth of extremist groups, their influence on Trump politics, and how we can work for positive change in a world that trades on sensationalism. He was with The New York Times Australian bureau chief, Damian Cave at ANTIDOTE 2018.

Watch David in Fringe-Dwellers and Fanatics.