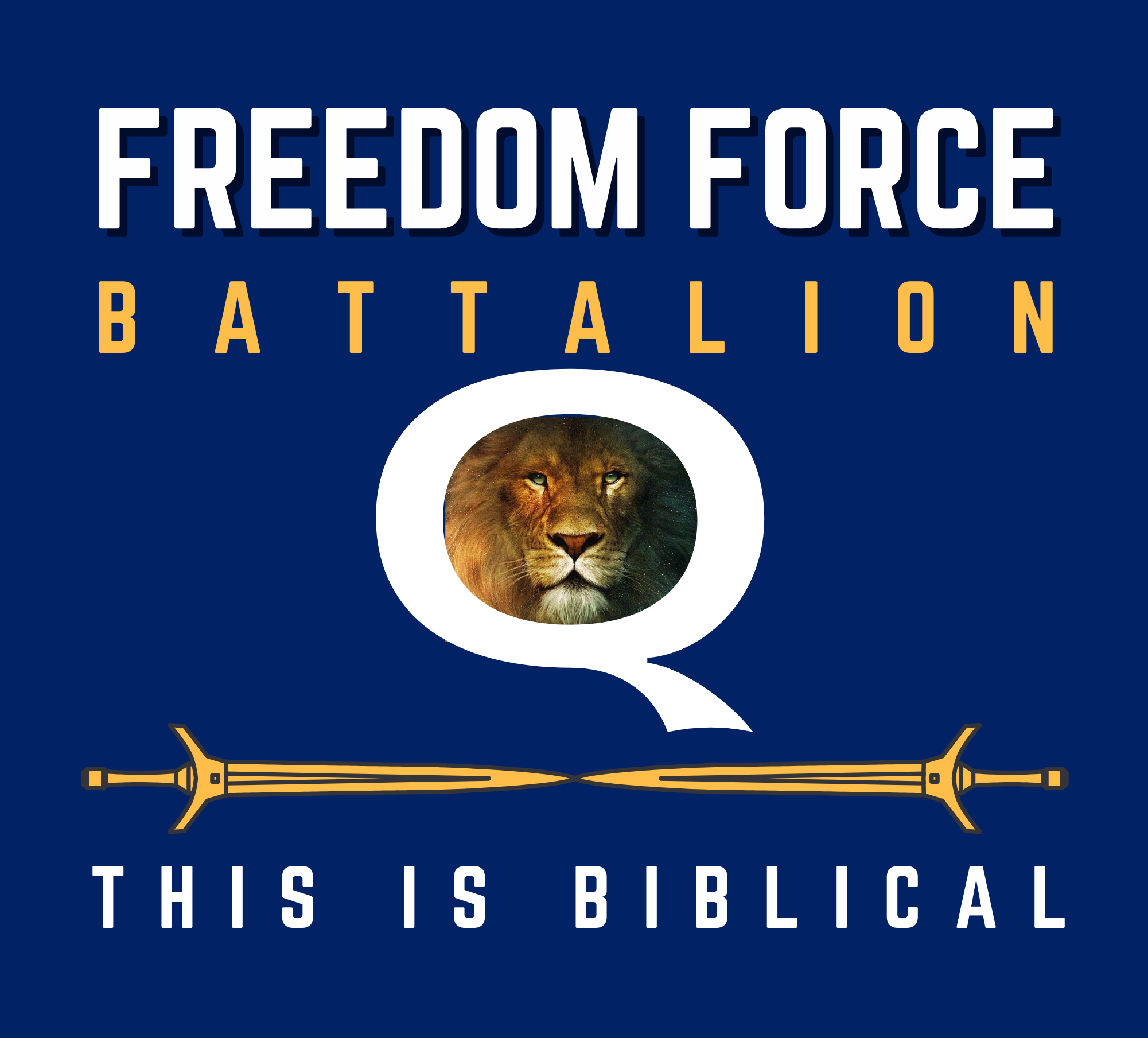 We look at the Current Events and the Q Posts in the Light of God's Word.

Every verse shows how our future is BRIGHT!

But it is judgment time for the worldwide criminal mafia.

You will be VERY HAPPY you found this podcast.

Learn more on the Freedom Force Battalion YT site.
And check the book "The Book of Revelation Revealed" by Redpill The World on Amazon.

"Let not many of you become teachers, my brethren, knowing that as such we will incur a stricter judgment." (James 3:1)


The Miseducation of America Part 1 by Charlotte Iserbyt https://www.youtube.com/watch?v=EKjos...

Book of Jasher https://sacred-texts.com/chr/apo/jash...
Rod of God - Jasher 77 And afterward Moses went into the garden of Reuel which was behind the house, and he there prayed to the Lord his God, who had done mighty wonders for him.

39 And it was that whilst he prayed he looked opposite to him, and behold a sapphire stick was placed in the ground, which was planted in the midst of the garden.

40 And he approached the stick and he looked, and behold the name of the Lord God of hosts was engraved thereon, written and developed upon the stick.

41 And he read it and stretched forth his hand and he plucked it like a forest tree from the thicket, and the stick was in his hand.

42 And this is the stick with which all the works of our God were performed, after he had created heaven and earth, and all the host of them, seas, rivers and all their fishes.

43 And when God had driven Adam from the garden of Eden, he took the stick in his hand and went and tilled the ground from which he was taken.

44 And the stick came down to Noah and was given to Shem and his descendants, until it came into the hand of Abraham the Hebrew.

45 And when Abraham had given all he had to his son Isaac, he also gave to him this stick.

46 And when Jacob had fled to Padan-aram, he took it into his hand, and when he returned to his father he had not left it behind him.

47 Also when he went down to Egypt he took it into his hand and gave it to Joseph, one portion above his brethren, for Jacob had taken it by force from his brother Esau.

49 And all the mighty men of the Kinites tried to pluck it when they endeavored to get Zipporah his daughter, but they were unsuccessful.

50 So that stick remained planted in the garden of Reuel, until he came who had a right to it and took it.

51 And when Reuel saw the stick in the hand of Moses, he wondered at it, and he gave him his daughter Zipporah for a wife.