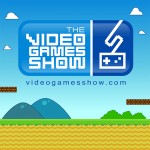 Yep, we got ourselves a birthday.  Rich celebrates turning 42 with Bob, Kurt, Matt and special guest Martin on this bonus episode of VGS.  The crew talks retro game prices on the rise, consoles and new games being hard to find, movies and more on this totally random bonus episode.