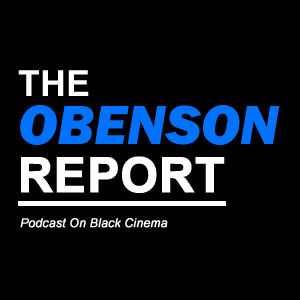 The Obenson Report On Black Film/Cinema

www.obensonreport.com - Focus on Black cinema /black cinema (mainstream, independent, underground); showcase films and filmmakers from all across the African Diaspora, notably those who may never get exposure in the current cinematic climate. Informative and entertaining talk. This Podcast was created using www.talkshoe.com

navigateleft Back to All Episodes
Distributors/Exhibitors Roundtable. W/guests: - Diarah NÃ¢??Daw Spech of ArtMattan Productions and the African Diaspora Film Festival. - Moikgantsi Kgama is the founder of ImageNation Cinema Foundation, a Harlem, NY-based media arts organization founded to establish a chain of art-house cinemas dedicated to progressive media by and about people of color. - Michelle Materre is a founding partner and Vice President of Creative Affairs of KJM3 Entertainment Group, Inc. (1992 Ã¢?? 2001), a film distribution and marketing company that specialized in multicultural film and television projects. - Henri Norris is a successful litigation lawyer turned movie producer/distributor. Her Bay Area-based New Millennia Films financed and distributed Bridgett DavisÃ¢?? Naked Acts and Peter BrattÃ¢??s Follow Me Home, and was an investor in the Academy-Award nominated short Tuesday Morning Ride by Diane Houston. - Rodney Parnther, CPA, is a co-founder and chairman of NYC-based Clarendon Entertainment.