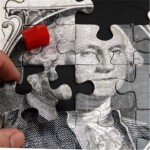 This radio program capitalizes on the hosts vast and diverse experience and knowledge to inform and educate the public on a wide array of issues related to personal finance, such asset building, retirement planning, investments, etc. In addition, the radio personalities address current issues, including the economy, financial marketplace, credit unions, and personal money matters in general. Sponsored by the Cornerstone Credit Union League, Cornerstone Credit Union Foundation and Consumer Credit Counseling Service, the show seeks listener interaction, either through dial-in or chat.

Learning to Live Debt Free can be Liberating!

navigateleft Back to All Episodes
According to the latest Gallup poll, Americans today are worried about a wide variety of personal financial problems. Fifteen percent of survey participants expressed concern that they have a “lack of money;” 12 percent worried about the cost of owning or renting a home, and 10 percent fear they have too much debt. The concern of not having enough money to pay debt is particularly prevalent among middle and low-income households. American consumers have reached record-high debt levels. In October of 2008, credit card debt reached $1 trillion! Myfico.com reports that today’s consumer has a total of 13 credit obligations on record at a credit bureau. These include credit cards and installment loans, such as car loans and mortgages. Perhaps most concerning is the fact that too many Americans are drowning in debt and don’t know how to get out of debt. An Economic Literacy Survey recently published by Econ4U reveals that 71 percent of people severely underestimate the amount of time it would take to pay off a credit card balance only making the minimum payments.

Join Richard Whitman, vice president of mortgage lending with Texas Trust Credit Union, and host Dick Ensweiler as they weigh in on the issue of consumer debt and offer strategies and tips for getting out of debt and on the path to financial freedom.