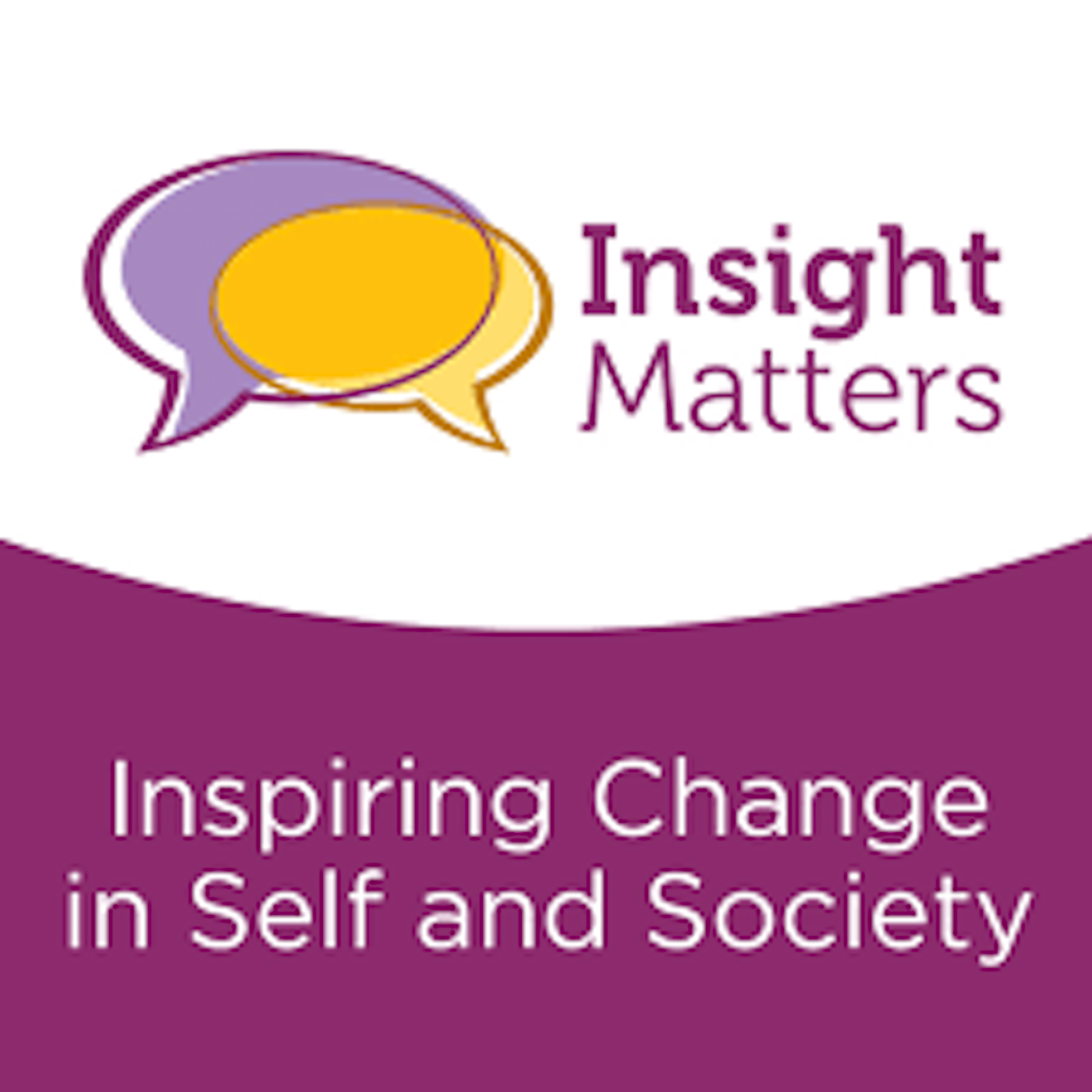 Welcome to our Insight Matters - Inspiring Change in Self and Society podcast!

Dil and Anne Marie are the Co-Founders of Insight Matters and with a team of 55 therapists they support the mental health of over 400 clients per week through their two city centre practices in Dublin. The support services are affordable, inclusive and accessible. Since its inception, it has been Dil's and Anne Marie's vision to make Insight Matters a national service.

Dil and Anne Marie have been through their own mental health journey and grappled with depression, anxiety, eating distress, sexual abuse, sexual identity, homophobia and discrimination. Coincidentally in 2006, before they met, they both reached out for help, Anne Marie became an in-patient in a psychiatric hospital and Dil started attending counselling in a centre for sexual abuse survivors. Both Dil and Anne Marie discovered their passion for mental health and 4 years later they met at a mental health retreat. Since then they have become passionate mental health advocates and they hope to raise awareness, break down stigma and inspire change in self and soceity.

#10 | Launch of the Participating People Report

This live recording of the Insight Matters podcast comes to
you from Dublin’s Royal College of Physicians, for the launch of the
Participating People report, which is a collaboration between The Wheel and Carnegie UK Trust.

For this episode, we are focusing on active citizenship, and
how citizens can proactively help to shape the society around them. To help
with this, we have a phenomenal panel of guests who are going to share their
story with you and no doubt by the end of this podcast you will be ready to
start your own revolution!

Fr. Peter McVerry
Fr. McVerry is the founder of the Peter McVerry Trust, which has progressed from
a three-bedroom flat in Ballymun to becoming one of the country’s largest
organisations responding to the issue of homelessness. In 2018, the charity
worked with over 5,800 people and was active in 14 local authorities across
Ireland.

Peter and Dil discuss how Peter started the Peter McVerry
Trust, how it all started from taking in and helping a nine year-old, who was
sleeping on the streets. Then, as one thing led to another—as more problems
arose, and the trust began to help with them as they could—it grew into what it
is now.

Salome Mbugua is Head of Operations and Strategy with AkiDwA . In June 2018 Salome was appointed by the Tánaiste to chair the
working group on Ireland’s Third National Action Plan on Women Peace and
Security. Salome was also recently appointed to the Irish Human Rights and
Equality Commission by President Michael D. Higgins.

Salome and Dil discuss how Salome’s curiosity and feeling of
isolation in Ireland, led her to seek out migrant women to learn what their
experience living in Ireland was like, which then led to AkiDwA – a network for
migrant women. Salome also discusses some of the challenges surrounding
migrants in Ireland including racism, and inequality.

Molly is just 16 and is already involved with two
organisations, which she discusses with Dil: Schools Climate Action Network
– a network of teachers and students who are fighting for climate justice. SCAN
has helped to organise protests and strikes for climate justice. Molly is also
involved with Fridays For Future,
for which she was recently at a conference in Switzerland, where representatives
from all over Europe met to come up with European climate change demands. Molly
is also a delegate for the Youth Assembly, started by RTE. The Youth Assembly
will discuss proposals for Climate Change and present these to the Dáil.
Delegates from the Assembly will also be on the Late Late Show.

Stephen Teap is a leading
Cervical Check campaigner and the husband of the late Irene Teap. Stephen was
instrumental in the launch of the 221 Plus
Patient Support Group, which help victims directly affected by the Cervical
Check screening failure, as well as their families. He is one of three patient
representatives on the Cervical Check Steering Committee.

Stephen and Dil discuss Stephen’s
experience with his wife’s death from cervical cancer. He explains how tests
were read incorrectly, and important information was withheld from his wife. He
also discusses the lack of support for women with cervical cancer and the need
he felt to do something about it.

Dil and the panel discuss role
models that have inspired them to be kind and proactive in their community, be
it teachers, parents or other members of their community. Dil also asks each
member of the panel how they can keep going in the face of the negativity we
see today on the news and in everyday life; Molly explains why she doesn’t
think Ireland will be able to successfully combat the climate crisis; Dil asks
each member of the panel why they think more people don’t get actively involved
with causes important to them; Dil also asks each member what advice they would
have for people who want to be more proactive citizens but don’t know where to
start. Dil also discusses the stage of our life where we begin to think about
legacy, and what we will think of ourselves in relation to what we did for
issues that were important to us – did we do anything about it?

Finally, there is a Q & A between
the panel, joined by Ivan Cooper – Director of Public Policy at The Wheel, and
members of the audience, which includes questions about changing the system
that is causing problems, as well as the issue of succession in organisations
to keep the goal of these organisations on track.

If you need to talk to someone, call us
now on 01-891 0703 or email [email protected]
for a confidential discussion and initial assessment with one of our senior
therapists. Alternatively please fill in the online booking form (www.insightmatters.ie/book-online/)
and we will contact you within 24 hours.