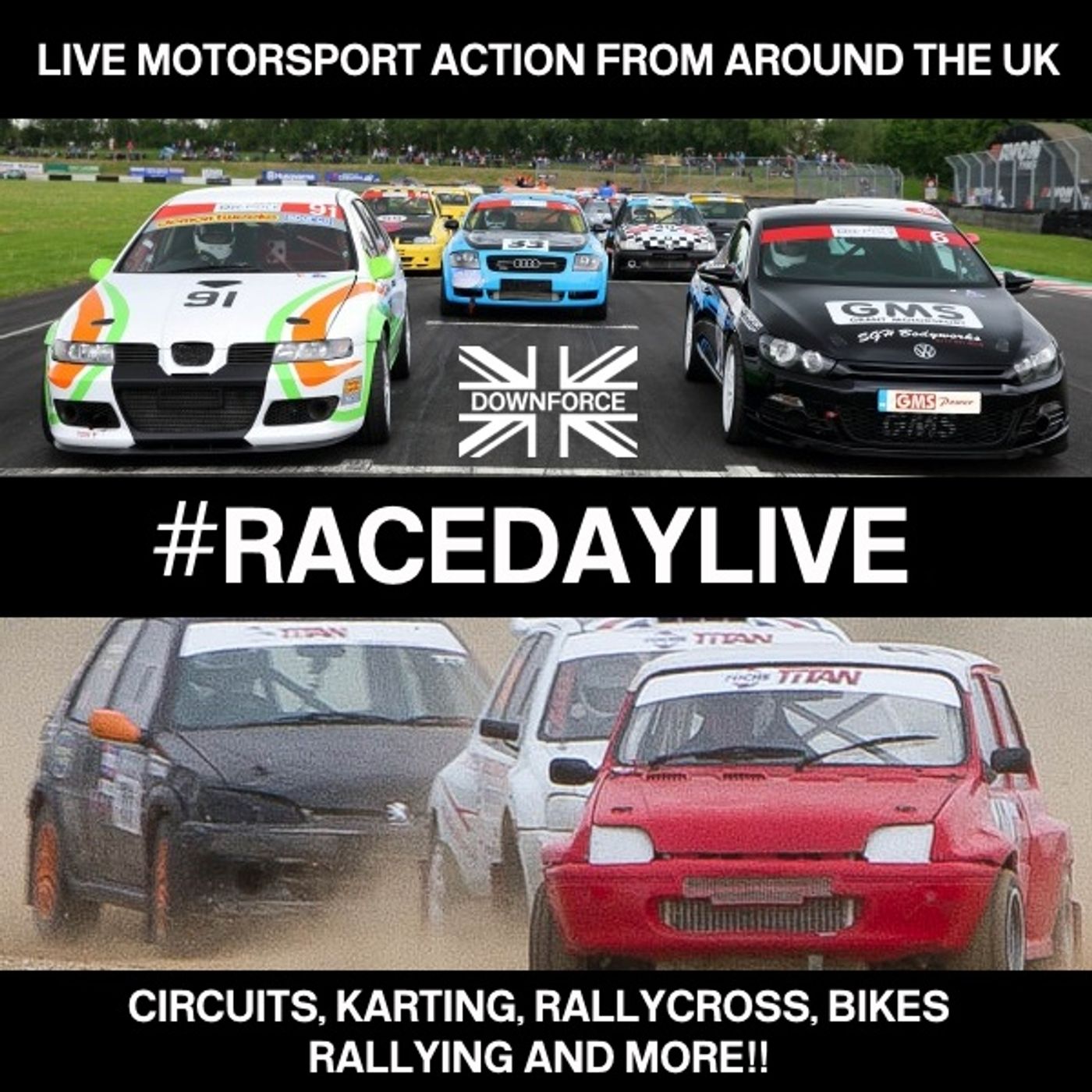 Live British motorsport, interviews, features, programmes, guides to how you can get involved, we have it all. Everything from Formula 1, touring cars, GTs, stock cars, karting, single seaters and even more. If it's fast, we're first. Tweet us live! @DownforceUK #DownforceLIVE

navigateleft Back to All Episodes
The final round of the Rye House Pro Kart (RHPK) championship brings the 2018 season to a close, with a intense fight over the Clubman title set to be decided between Artifex, Zingrae Racing and Polish Lambo, who come into this round separated by just four points! Spectre Racing have already been confirmed as the overall championship winners for the year, taking the title from two-time champions Helicopter Services, who were excluded post race in October. But there are still championship positions to be decided at the original racing home of five-time F1 champion, Lewis Hamilton. Commentary from Alex Goldschmidt and Ben Bishop.