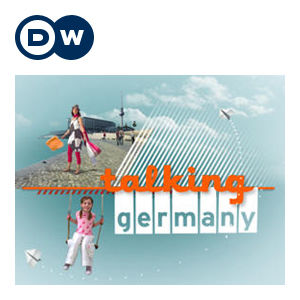 "Talking Germany - The German Way of Life." The show takes an entertaining and informative look at what makes Germans tick, what they think and how they feel.

navigateleft Back to All Episodes
Alexandra Kalle discovered her olfactory talent in her late twenties and gave up her career as a marketing expert. Today she works for a fragrance company that makes the world famous brand 4711 Original Eau de Cologne. On Talking Germany, Alexandra Kalle speaks about her sensory relationship to her work. Alexandra Kalle was born in 1970 in Paderborn. After graduating from high school, she studied languages and business administration. At a job interview in the marketing department of a perfume company she took an olfactory test and achieved an outstanding score. She decided to begin anew and finished a two-and-a-half-year training course as a perfumer, a profession that only about 60 people carry out in Germany. She composes new fragrances in her mind and develops formulas not in the laboratory, but at her desk. Now 44, she has worked for six years for 4711, a brand with a long tradition, best known for itsOriginal Eau de Cologne, which is celebrating its 222nd anniversary this year. Alexandra Kalle has renewed and extended the brand, which is sold in 160 countries around the world, with her own series of fragrances. She likes to take walks to scent out the air in her adopted home town of Cologne.