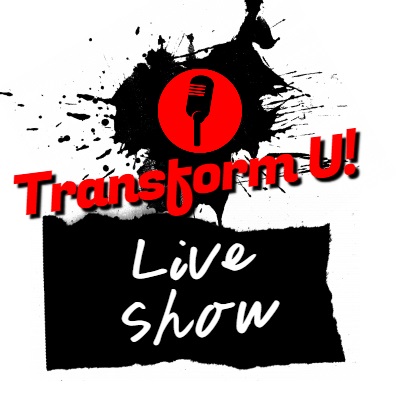 The Transform U! Live Show

This podcast was created to deliver inspiration, motivation, and advice for individuals who are aspiring entrepreneurs that want to improve their time management, wellness, and life/work balance. Mainstream news and music is sometimes brought throughout the broadcast.

The 50th anniversary of the White Album, with songs the Beatles wrote under the influence of Maharishi Mahesh Yogi, founder of Transcendental Meditation. There will be a remix and re-release of the album Nov. 22.Marcus Hart interviews a rare insider who lived for 22 years in the ashrams of the Beatles’ guru, and who underwent an intense emotional rollercoaster of heaven/hell for 6 years while serving on his personal staff. Susan Shumsky, author of Maharishi & Me: Seeking Enlightenment with the Beatles’ Guru, will spill the behind-the-scenes story about the Beatles and other superstar celebrities who studied with the most famous guru to visit the West.

There is a YouTube Version of this show here: